GOLDILOCKS AND THE STRUCTURAL EDIT 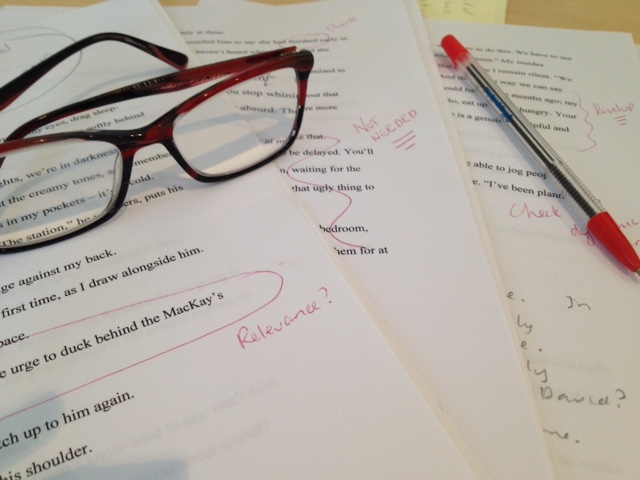 I’ve been working on the structural edit for my new middle grade novel. At times, it’s been tough. Other times, exhilarating. I’ve added a few new scenes and ramped up the drama. I’ve cut out one thread entirely. I’ve elaborated on some elements and pulled back on others. I’ve looked at the dynamics between some of the characters and tweaked and fiddled; intensified some of their reactions and dampened down others. It’s been quite the process.

But I had a helping hand. An unexpected one at that. From social media. Yeah, I know. Who would have thought?

But the social media fairy worked her magic for me, providing me with the perfect words at the perfect moment. They came from AJ Betts, West Australian author of the award-winning, soon-to-be TV series, Zac and Mia, and I found them in a tweet by Verushka, an editor. The tweet was about how AJ loves revisions, and in the quote AJ talked about how she loved “the process of magnifying or reducing and then smoothing things out“.

These words became my mantra for the week: magnify, reduce, smooth out. And they helped me maintain my focus and not become overwhelmed by the task at hand. The edit suddenly became a simpler process, where I decided what needed to be magnified, what needed to be reduced and what needed smoothing out. Thank you, AJ!

Now I am working through the manuscript again, polishing, refining, seeing if it all hangs together and, importantly, deciding if I have the balance “just right“.

And that’s where Goldilocks comes into it.

Have I said too much? (Gone overboard on the magnifying?)

Have I said enough? (Been over zealous with the reducing?)

Is it just right? (Have I smoothed it out enough and got the balance right?)

There are no easy answers to these questions. (No social media fairy flitting to the rescue.)

It comes down to being objective – not easy! – and having a willingness to keep on polishing and finessing until your intuition tells you that it’s time to stop. (Or your deadline!)

I’m not there yet. But I think I’m getting closer. Maybe, maybe, it’s almost “just right“.

8 comments on “GOLDILOCKS AND THE STRUCTURAL EDIT”