DEVELOPING A SENSE OF PLACE: CASING THE JOINT AND NOT GETTING CAUGHT 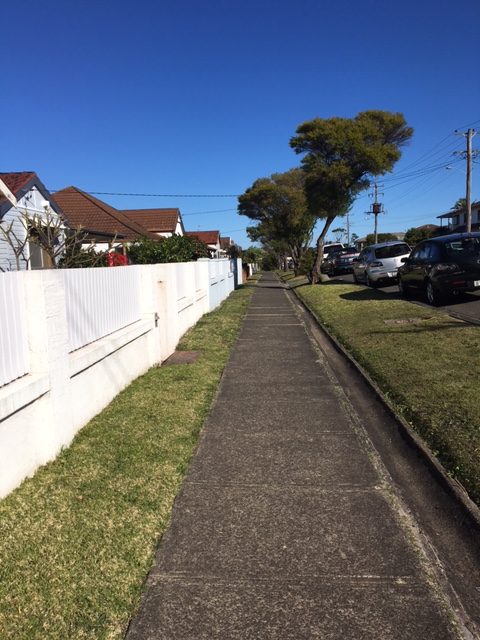 When I was working at Walker I had a very long daily train commute. The upside of this was that it provided me with many wonderful opportunities to people watch. Three girls in particular intrigued me. They went to Newtown Performing Arts High and got on the train at Redfern, where I had to change trains, also for Newtown.

The kids from Newtown High were thoroughly entertaining – they danced, sung, acted, twirled through the carriages, many with very big personalities, most with enormous energy. Except for these three girls. At 8.15 am, they were immaculately made up – not a hair, not even an eyelash, was out of place. They were so contained. So poised and sure of themselves. They fascinated me, and I made them a bit of a case study. Each morning as the train slid into the station, they would stand in the exact same spot, and I would stand about a metre behind them. They would glide onto the train, sit downstairs in the same double seater. I would follow and sit facing them about two or three rows away. And observe. Discreetly, of course. The way they conveyed so much to each other with just a raise of a perfect eyebrow was extraordinary. The disdain for the rest of the rowdy extraverted Newtown rabble was exquisite. It was every writer’s dream. And I applauded my ability to be so crafty and clever – and so inconspicuous.

Or so I thought. One fateful morning the train slid into the platform as usual but instead of gliding onto the train with me behind them, the girls turned as one, glared at me, then in unison, cried loudly for all to hear “Sucked in!” before racing off together arms linked, and shrieking with laughter, onto the next carriage. Shrieking!

I had been outed. Oh, the shame! I was left on the platform, red-faced and shaking, sending an urgent mental note to self: Never go undercover. Ever. You suck at inconspicuous.

At the moment, I am planning and researching my new middle grade novel. I have decided to set it in a particular part of Wollongong. I live relatively close by, but don’t know the area well enough to really understand how it works. So I have been spending quite a bit of time lately hanging about this part of town. Inconspicuously, of course. At least I’m trying to be. But my “train shame” is ever present. Are people noticing this woman with the backpack, notepad and phone camera lurking outside the local school at bell times, walking up and down the streets, peering at houses and taking photos? Are they taking note and whispering to each other: “There she is again.” “Mmm, and it’s only half seven.” “If she comes back, I’m calling the cops.” Call me paranoid, but it does make me wonder. 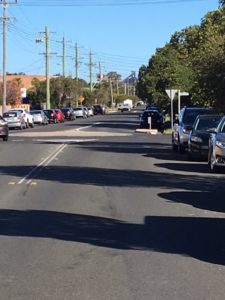 But regardless, I push on, determined to get to know what makes this part of the Gong tick – the sights and sounds and smells, the daily rhythms, the people who live here, the people who work here. I want to know what it’s like when the streets are waking and what happens under the cover of darkness. Where do the kids play? How do they get to school? When does the area come to life? I want to be able to visualise my character and her friends and family walking along the footpaths, crossing the roads, going to the shops. I want to scavenge the tiny details, the unique quirks of this place, because more than anything, I want my setting to be as alive and real and oxygen-filled as I hope to make my characters.

So I have to put my train shame to the back of my mind and press on.

Because place is such an important element in writing and I really want to get it right.

(Note to self: #1 Check to see if there are any CCTVs in the area).

(Note to self #2: Blonde wig and overlarge sunnies next time.)

10 comments on “DEVELOPING A SENSE OF PLACE: CASING THE JOINT AND NOT GETTING CAUGHT”